By 2030, 60% of the world is projected to live in cities and urban areas. Rapidly expanding urban populations have led to overcrowded living conditions, poor infrastructure, and limited access to resources, as cities struggle to keep up with planning for such growth. In Sub-Saharan Africa, more than half (56%) of urban populations live in slums. Some 200 million children live in urban Africa and are vulnerable to the consequences of extreme poverty. As urbanization has increased, urban poverty and food inflation have increased simultaneously, leading to food insecurity for children in many African countries.

Persistent exposure to infections transmitted through water and sanitation pathways can lead to poor nutritional status through decreased appetite and insufficient nutrient intake. Poor nutritional status, in turn, leads to compromised immune systems and increased vulnerability to further infections and diarrheal disease. The impact of nutritional deficits can lead to a lifetime of physical and cognitive impairment. A failure to address the consequences of urbanization for the most vulnerable will perpetuate excess death, disability, and poor quality of life. It is critical to foster collaboration among researchers, implementers, advocates, community members, and policy makers within and beyond national contexts to inform rapid change. Click here for news and events.

Learn more about the Implementation Science Collaboration on Urban Health in East Africa below:

The implementation science approach requires deliberate engagement of multiple actors representing an extensive array of skill sets and experiences to apply evidence to the most pressing challenges facing health policy and program implementation. Therefore, our larger set of partners includes sub-regional health bodies, policy advocacy groups, civil society-based evidence advocates, implementation support organizations, research organizations, and academic institutions.  With support from the “research systems integrator” (e.g. URC), partnerships can more seamlessly move across the continuum from priority identification to use of evidence to inform change. We aim to use evidence as a vehicle for action and change.  See below for a depiction of the parallel processes that enable the research-to-use pathway in the case of our most recent urban health work in East Africa. 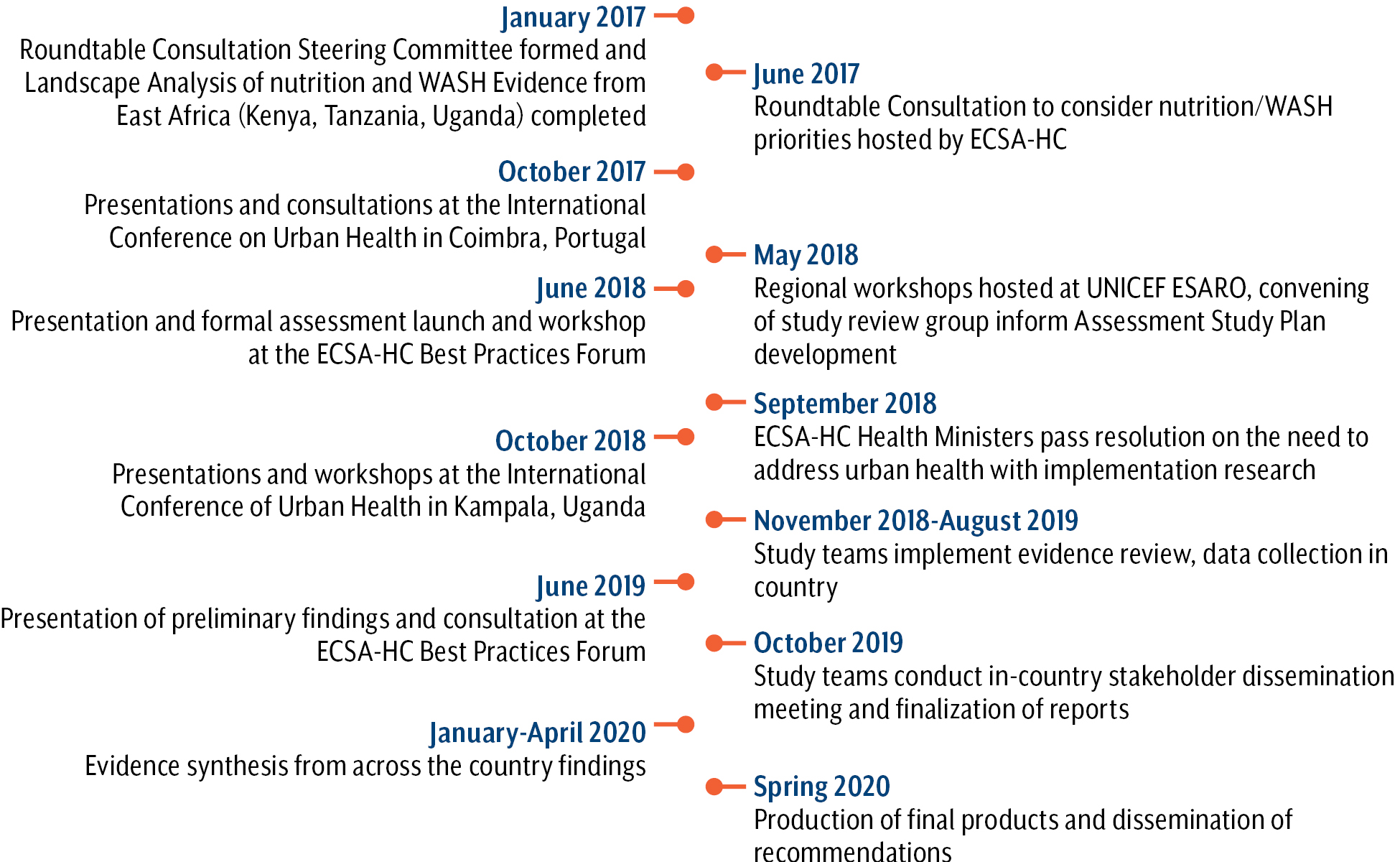