Dr. Catherine Kyobutungi is the Executive Director of the African Population and Health Research Center (APHRC). She was formerly the Director of Research and has served APHRC in several leadership roles over the past decade, having joined as a Post-doctoral Fellow in 2006. APHRC is committed to generating an Africa-led and Africa-owned body of evidence to inform decision making for an effective and sustainable response to the most critical challenges facing the continent. One key area of longstanding APHRC focus is on ‘Urbanization and Wellbeing in Africa’, a work stream which focuses on research to improve the health and development of the nearly one billion Africans living in urban poor areas. 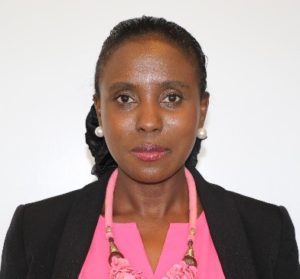 During a consultation at the International Conference on Urban Health in Uganda, Dr. Kyobutungi offered her thoughts on the needs of children and adolescents in urban poor settings. She reminded the group that children in urban poor settings often are not able to access public schools, either because they do not exist, or that where they do exist they may represent difficult environments – including the risk of sexual violence, and children in these settings often do not have the social support needed to enable their school attendance. This leads to children who fail to see a future beyond primary school because their peers drop out or confront hardships.

She described efforts being made during the transition from primary school to secondary school to keep girls from dropping out, including collaborations with community resources and organizations that already have a good track record of engaging young people. Interventions include the use of trained mentors who support parents in their communication with their children about difficult subjects, as well as teaching strategies for a better financial future.

Dr. Kyobutungi also elaborated on the data gap that exists in adolescent health, as well as concerns about exactly who owns the information. She described a need to address the challenge of standardization and cross sector collaboration going forward.